What is a hot toddy

The toddy is a hot cocktail made with spirit, water, citrus, honey and spices.  This drink is especially popular whenever the weather turns cold and can be found on the menu at many bars and restaurants.  Our version of a Hot Toddy (recipe below) can be made on a simple backcountry stove and features foraged ingredients.

Whiskey is a great decongestant; the alcohol dilates the blood vessels, making it easier for your mucus membranes to deal with the infection.  Whiskey and warm steam emanating from the toddy is a perfect concoction for helping to clear up your cold symptoms. And by the time you finish the drink, you won’t only be breathing a bit easier, but the alcohol will make you just groggy enough so you can get some much needed shuteye. 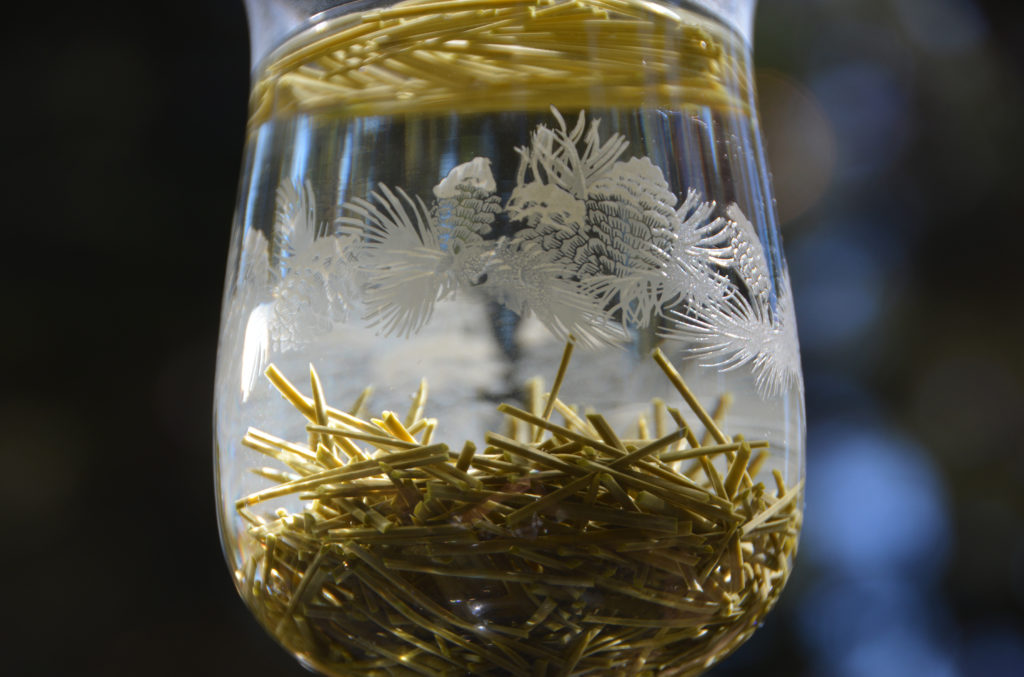 Did you know that pine needles contain more vitamin C than a glass of orange juice?  Pine needles are a year round source of vitamins and antioxidants that become a healing elixir when made into a tea. Native Americans have been brewing pine needle tea for centuries, and even introduced European settlers suffering of scurvy – which is caused by a vitamin C deficiency – to pine needle tea.

Pine needle tea was often used by indigenous cultures for its expectorant and decongestant qualities. It can force mucus and phlegm to be expelled, which helps to clear out your sinuses and relieve pressure and sinus headaches.  Combined with the decongestant reputation whiskey has, pine needle tea is an easy to make backcountry cold combatant!

How to identify safe trees to harvest

Pine Needle Tea is easy to make, but be careful when harvesting pine as some species contain harmful toxins that are poisonous. Listed below are pine and pine lookalike (conifer) trees to AVOID, and information about how to identify these species.

One of the first steps in identifying pine trees is counting the number of needles per bundle. Then, notice the average length of the needles. Only select mature, healthy pines.  Avoid damaging the tree by gently plucking a few strands of needles from several different trees.

This is a list of some common pine (and pine look-a-like) trees to AVOID when foraging and how to identify each species:

How to make a Pine Hot Toddy

Pine is an abundant year round resource that can easy be made into a tea.  After identifying which trees are safe to harvest, follow this recipe to make our Pine Hot Toddys a soothing part of your next adventure:

Don't carry a bottle of bourbon or whiskey in the backcountry. Transfer booze into a lightweight, tight sealing flask. 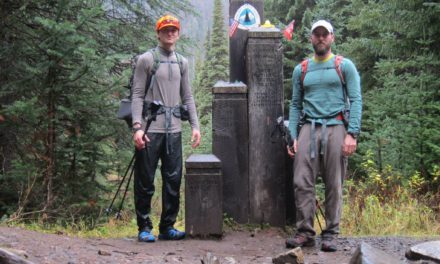 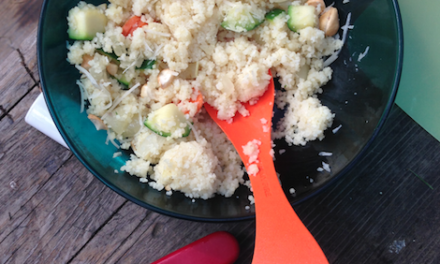 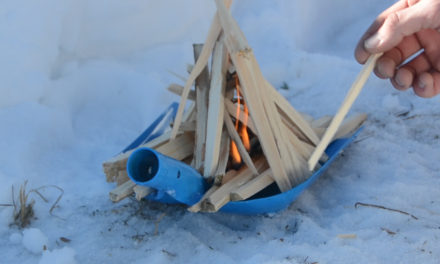 Top 5 Ways to Cook with a Backcountry Shovel 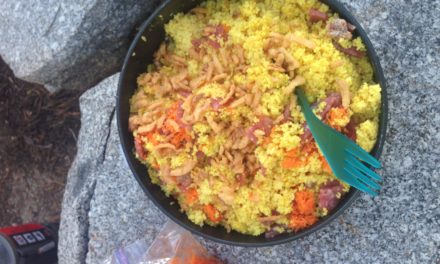 Be the first to hear about our PopUp Backcountry Cooking events. Sign up today!

You have Successfully Subscribed!